Rwandans - We All Are This Week

Twenty years ago, one of the darkest and most horrific tragedies in human history was viciously and mercilessly executed in one of the most beautiful countries one can ever imagine: Rwanda. No other human tragedy is comparable to this in the last one-hundred years, except the horrific events of World War I and World War II.  In 100 days in 1994, about 6,000,000 Rwandans were displaced. An estimated 1,000,000 people, mostly Tutsis and some moderate Hutus, were mercilessly hunted and slaughtered: children, the old, the disabled, women - it made no difference to the Hutu extremists who had meticulously planned the exterminations. Neighbours killed neighbours and some husbands even killed their Tutsi wives, saying they would be killed if they refused. At the time, ID cards had people's ethnic group on them, so militias set up roadblocks where Tutsis were slaughtered, often with machetes which most Rwandans kept around the house. Thousands of Tutsi women were taken away and kept as sex slaves. 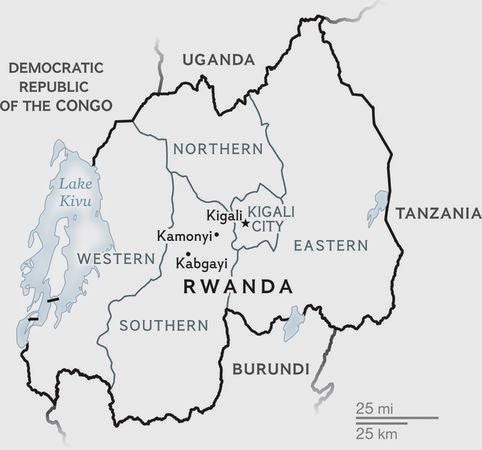 Today, anyone who visits Rwanda would very much wonder at how such a very friendly, welcoming people could commit such heinous acts in such a short span of time. At the same time, one would be even more surprised and awed; and at the same time very relieved and elated - at how the very beautiful, hilly country has healed and advanced in just twenty years. Twenty years is a very short time for any country to achieve what Rwanda has; but, considering what this country has gone through - what its leadership and its people have attained is incredible. 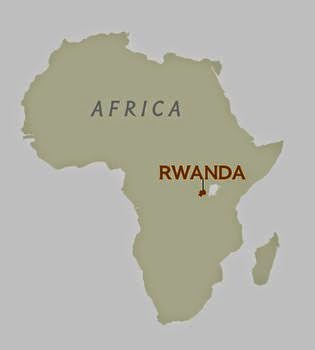 In almost every international index for development - human development or otherwise - this very small country in the heart of Africa ranks right with the top countries. It is one of the fastest developing countries in Africa; its institutions - educational, medical, health - are some of the best in Africa; it not only has the cleanest capital city on the continent but, many have said that it is the cleanest country in the world. In the past two decades Rwanda has transformed itself from a society viewed internationally as a place of horror to one which is greatly admired. Today, Rwanda is a place where the unachievable has been attained; and the insurmountable has been overcome. Rwanda is a beacon of hope. A beacon that is exemplary and very much worth emulating by other nations, in Africa in particular.

Popular posts from this blog

The Blobfish or the Blob Sculpin

The Blobfish or Blob Sculpin Not many of us will ever set our eyes on this rather lazy, slow moving creature: the Blobfish, also known as the Australian Sculpin or Toadfish - scientific name: Psychrolutes marcidus . Except in pictures. Because they live in oceans, deep underwater. The problem is that the blobfish lives at depths of 600 to 1,200m (1,970-3,940 ft). Instead of using a swim bladder to maintain buoyancy, he has gelatinous flesh that is slightly less dense than water, allowing him to float just above the sea floor. It probably doesn't look so bad down there, but up here he looks a little melty and... splat.. Mainly off the cost of Australia and Tasmania. For most of us: few creatures come as ugly as the blobfish. Most likely, the few fishermen who get to catch them in their nests while fishing must think they must have caught some alien. But: stop hating the Toadfish. It is a product of its environment; it is due to its brilliant adaptation allowing this fish to be
Read more 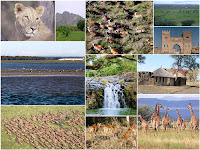 Dinder - Sudan Situated in the East of the country, very close to the Ethiopian border, about 400 km. (205 mi.) south-east of Khartoum - Sudan's capital city, is Dinder National Park (DNP) - some times called Dinda ( In Arabic: محميه الدندر ) . Covering about 6,475 sq. km. (2,500 sq. mi.) - some estimates say the park covers a much larger area; which would make it one of the largest in Africa. Established in 1935, it is the most important wildlife reserve in Northern Sudan. It is one of the two parks in the country  designated as Biosphere Reserves . The other is Radom National Park (RNP) in southern Darfur. The park, in Dinder District, Sennar State, like all game parks and reserves in Sudan, is confronted with several threatening problems such as trespassing livestock, poaching, increased human settlements and encroachment in the surrounding areas. Like all game parks and reserves in Sudan, you can hardly find any detailed information on the park. Photos of it, too, are v
Read more

South Sudan Map: Where will its new capital be?

South Sudan has been setting itself up for its independence. Now, a new capital is being  planned; it could be Juba or another site. In 2004, Rumbek was being talked of as the most likely new capital of South Sudan, should it get independence. Of Rumbek, the BBC reported : with no multi-storey buildings or paved roads and a population of under 100,000 - the ramshackle town of Rumbek has been chosen by Sudan's former southern rebels as the unlikely administrative capital of the south . Click on map to enlarge Click on map to enlarge Now, it is being reported that two new locations are being proposed : an area (not named) that straddles four Southern states and the other is Ramicel ( or Ramshiel or Ramshel or Ramkiel or Ramcel or Ramicel or Ramshel in Lakes State - Arabic: البحيرات‎: Al Buhayra t) - Rumbek is easily found on many maps but I could not find Ramshel on any map. The two competing locations have been proposed for study before the government could choose
Read more