Rwandans - We All Are This Week 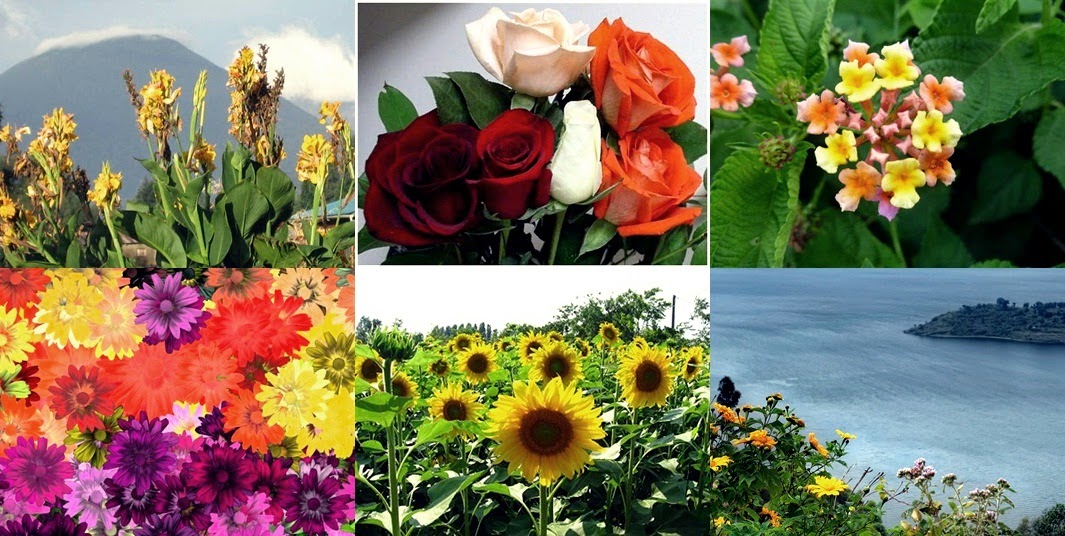 Twenty years ago, one of the darkest and most horrific tragedies in human history was viciously and mercilessly executed in one of the most beautiful countries one can ever imagine: Rwanda. No other human tragedy is comparable to this in the last one-hundred years, except the horrific events of World War I and World War II.  In 100 days in 1994, about 6,000,000 Rwandans were displaced. An estimated 1,000,000 people, mostly Tutsis and some moderate Hutus, were mercilessly hunted and slaughtered: children, the old, the disabled, women - it made no difference to the Hutu extremists who had meticulously planned the exterminations. Neighbours killed neighbours and some husbands even killed their Tutsi wives, saying they would be killed if they refused. At the time, ID cards had people's ethnic group on them, so militias set up roadblocks where Tutsis were slaughtered, often with machetes which most Rwandans kept around the house. Thousands of Tutsi women were taken away and kept a
Read more 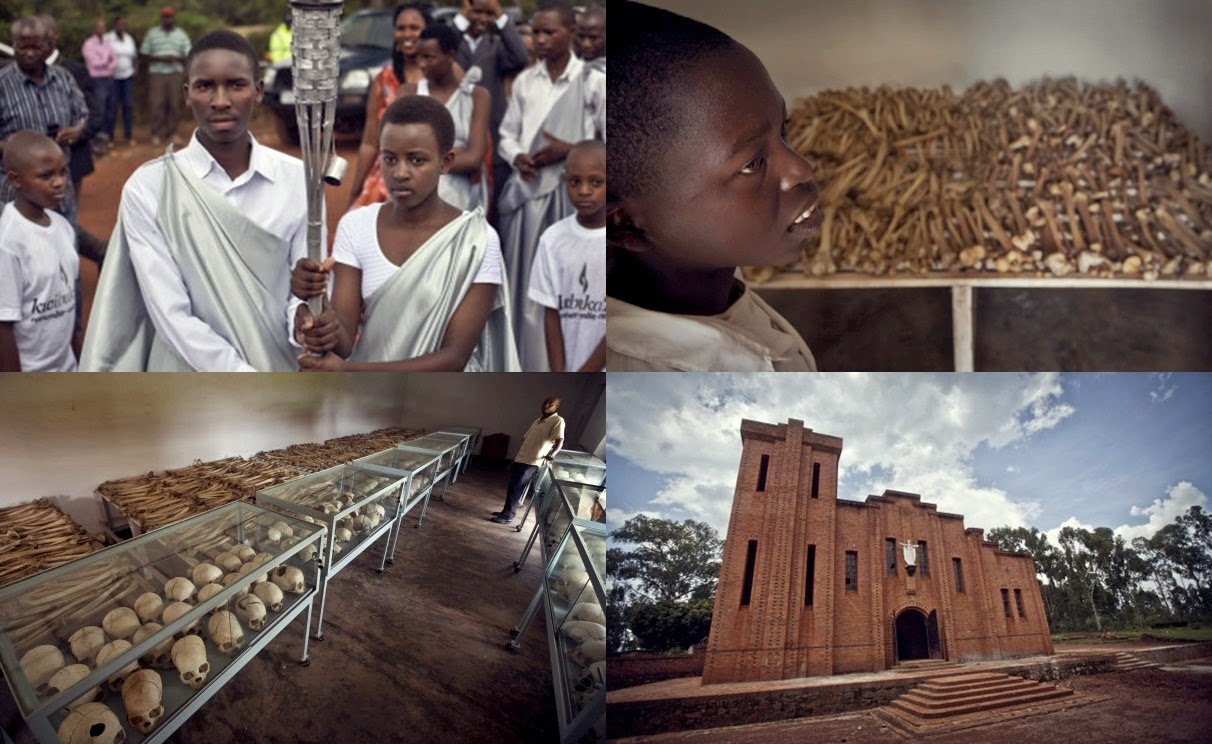 Rows of human skulls sit in glass cases near the red brick Catholic church here. Some are cracked in half; holes are punched in others. Hundreds of arm and leg bones lie nearby. To the left is a table of tools: rusty shovels, hoes, pipes, and a machete — the weapons of genocide.
Read more

Why is Africa against homosexuality? 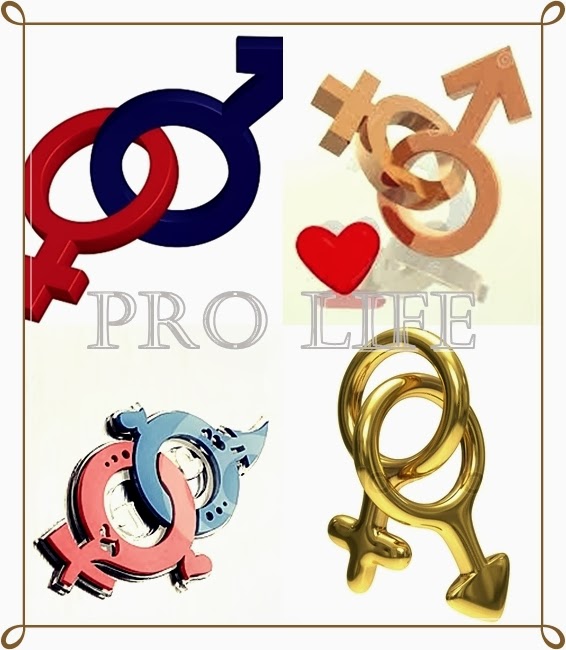 Many in the West, including leaders and politicians - are forcefully doing all that they can to promote the acceptance of homosexuality. Presently, in America , those campaigning have insultingly gone as far as to equate legal rights for homosexuals with the historic black struggle against racism; there is a specter haunting it. It is the movement to promote and legalize homosexual marriage. The movement has adopted a cunning political strategy to appeal to everyone from the suburban soccer mom to the urban white-male liberal: It has packaged its demand for the radical redefining of marriage in the rhetoric and imagery of the U.S. civil rights movement . For Africa and Africans, if the Western world condones and accepts homosexuality, is not a problem; America and other Western countries (which base their democracy and culture on ancient Greece which tolerated and allowed homosexuality ages ago) are free to decide for themselves what kind of a culture and a society they prefer. But,
Read more

How Do Solar Panels and Solar Power Work? 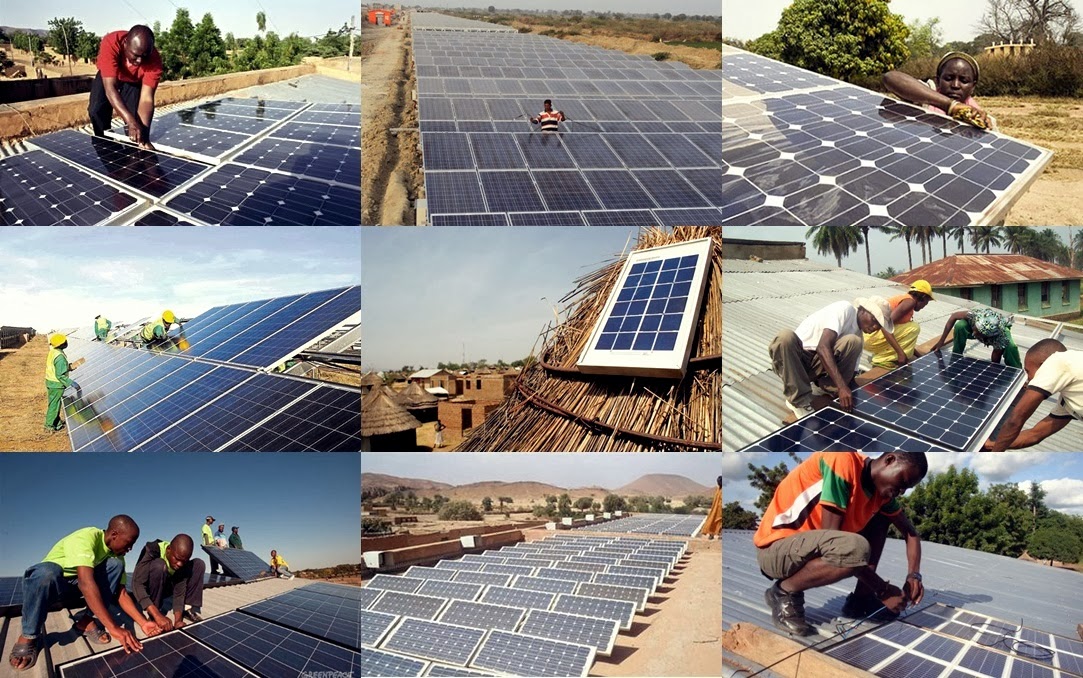 Touted as a promising alternative energy source for decades, solar panels crown rooftops and roadside signs, and help keep spacecraft powered. But how do solar panels work? Simply put, a solar panel works by allowing photons, or particles of light, to knock electrons free from atoms, generating a flow of electricity. Solar panels actually comprise many, smaller units called photovoltaic cells. (Photovoltaic simply means they convert sunlight into electricity.) Many cells linked together make up a solar panel. Each photovoltaic cell is basically a sandwich made up of two slices of semi-conducting material, usually silicon — the same stuff used in microelectronics. To work, photovoltaic cells need to establish an electric field. Much like a magnetic field, which occurs due to opposite poles, an electric field occurs when opposite charges are separated. To get this field, manufacturers "dope" silicon with other materials, giving each slice of the sandwich a
Read more

May Madiba Rest In Peace

Rebel, Revolutionary, Freedom-fighter, Leader, Statesman, Legend, Icon, Saint - all these can be used to describe the One and Only: Nelson Rolihlahla Mandela . He is comparable to no other leader in Africa or out of it. For a man to have spent 27 years incarcerated for no crime but because he dared speak out his mind; he dared struggle and fight for justice, equality and honor for his own majority citizens - for that man to be released from that prison and still be so humble, kind, forgiving, merciful and magnanimous to friends and foes, and those who hated and imprisoned him; and for that man to rule the country he set free for only four years and then had over power; for that man to treat all alike and equally, be they foes or friends or children or servants or heads of states; for that man, for most of his life until recently, to wake up each morning and still make his bed - these will go down in history as one of Mandela's greatest legacies and gifts to his Rainbow Nation an
Read more

United For Wildlife is formed by Prince William to Conserve Wildlife 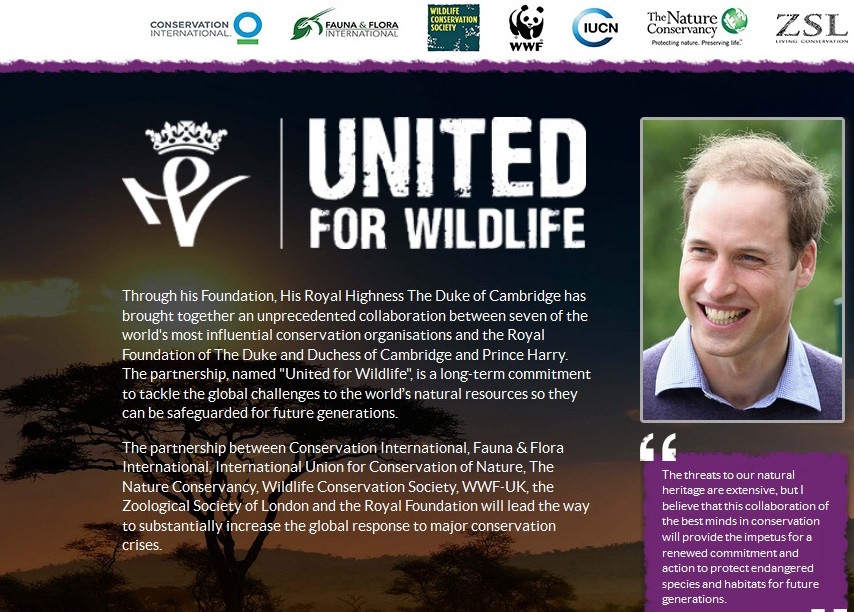 United For Wildlife Prince William, Duke of Cambridge has formed a new wildlife conservation foundation: United For Wildlife . The foundation will collaborate with seven of the world’s most influential conservation organizations: Conservation International, Fauna & Flora International, International Union for Conservation of Nature, The Nature Conservancy, Wildlife Conservation Society, WWF UK and the Zoological Society of London - in a new partnership to combat illegal wildlife trafficking. “The threats to our natural heritage are extensive, but I believe that this collaboration of the best minds in conservation will provide the impetus for a renewed commitment and action to protect endangered species and habitats for future generations,” said the Prince, who is the president of United for Wildlife. Through his Foundation, His Royal Highness The Duke of Cambridge has brought together an unprecedented collaboration between seven of the world's most influential conservati
Read more

Why Kenya should quit the ICC 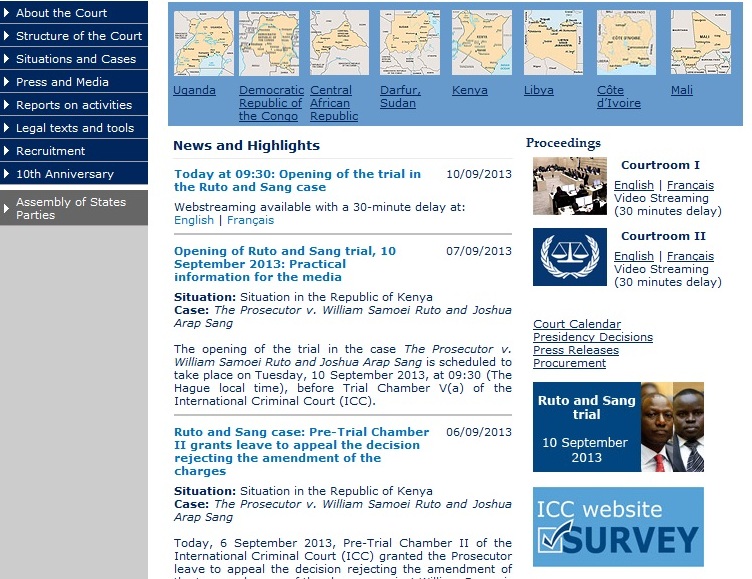 In a normal, just world - any one who commits a crime has to face justice; who ever that person is and whatever that person's position is - who ever commits a crime has to be punished. But, we don't live in a normal, just world. The words 'crime', 'justice' and 'punishment' are used selectively. Especially by the one court that's supposed to serve all the world's people: the International Criminal Court . The ICC decides, hunts, convicts and punishes selectively. The court, so far, has meted out its so called justice - only on Africa . Whatever one might think; however hard one tries to look at it, there is no doubt that the ICC is selectively, unfairly and biasedly focused only on Africa and Africans. Cases in point: leaders in Sudan and Kenya are indicted by the ICC and yet those in Sri Lanka, where similar or worst crimes happened, are not; Joseph Kony is wanted and hunted by the ICC and yet the Burmese Buddhist monk, Ashin Wirathu - wh
Read more
More posts